How Fashion Reclaimed the Corset

At a recent party in SoHo, I was surrounded by flirty Gen Z’ers and Cali-sober younger millennials. The looks were ferocious, with skin showing all-round, from itty-bitty skirts to curve-skimming dresses and crop tops galore—and, amid the throbbing electro and all that skin, I spotted one young woman wearing a dainty corset, laced up at the front. I couldn’t stop myself from asking her about it. “I love the corset for all sorts of structural and flattering reasons,” replied Lizzy Cohan, a 26-year-old journalism student. She bought this one after she saw the lead singer of a favorite band, the Marias, wearing something similar, and tracked down Christina Montoya, the designer of the California-based brand Stiina. A DM later and measurements sent, Cohan had her corset, which at this party she wore with wide-leg cargos.
Years ago, of course, the corset was something that constrained not just physically but psychologically. In the Victorian era, it created the wasp waist on women, transforming even an expansive midsection into a tiny concave triangle. The effects of long-term wear were extreme: organs were shifted; simply breathing could be a challenge. For these reasons—along with fashion charting a course toward the freedom (and social scandale) of flappers—the corset has been, for more than a century, a kind of sartorial Debbie Downer.

But while yesteryear’s corsets have long been emblematic of women’s oppression when hidden underneath dresses, when worn with confidence out in the open now, they feel like a provocative expression of whatever wave of feminism we’re currently living through. And while the corset is, historically, the most feminine of pieces, made to accentuate and exaggerate a woman’s curves, it has lately become—at a time when the landscape of gender and sexuality and personal freedom is being policed like never before—the most democratic of garments, donned by any and all. Dario Princiotta, a corset maker based in Palermo, Italy, made his first corset at the age of 11 and often models his creations on Instagram. “I love to wear them because of the way they make me feel—they give me an attitude, a stronger and more dramatic appearance.”

Celebs love to be harnessed into them, too—Dua Lipa will slip into a strapless one, Bella Hadid a denim one; Kourtney Kardashian even married Travis Barker (at the third of their three ceremonies) in a corset minidress. But no one loves a corset more than Lizzo, who collects them and steps out in them and performs in them. At the 2022 Met Gala, she dazzled on the red carpet in a black Thom Browne corset dress with an exaggerated peplum. (She also owns a corset with the image of the Mona Lisa on it—though with the famous face replaced with Lizzo’s.)

On the fall 2022 runway, Marc Jacobs showed corsets that whittled the waist—a standout was a white iteration so tight it made the hulking black shirt it was styled over almost explode. That same season, Versace showed saucy bone-in silk corsets in electric blues and baby pinks—and another in pinstripes—all of which created a sexy bull’s-eye at the waist. Fendi, meanwhile, styled theirs over boyish button-up shirts.

Thom Browne alum Jackson Wiederhoeft, who launched his Wiederhoeft label three years ago, transformed the old-time pieces into new-era creations including a clubby strap dress with a built-in waist-pinching corset. Wiederhoeft even created corsets for two grooms for their wedding ceremony, to “give that feeling of sculpture,” he says, like “when you look at a marble statue.”

The corset works its magic not only by its shape—and its shaping—but by the process of actually putting it on. Somewhere out in the ether, there exists a hilarious video of me helping Vogue editor Lilah Ramzi get herself into one for some megawatt gala: My knee is pushing into her back to create more space, and I’m summoning Mike Tyson–level strength to lace her into the piece. 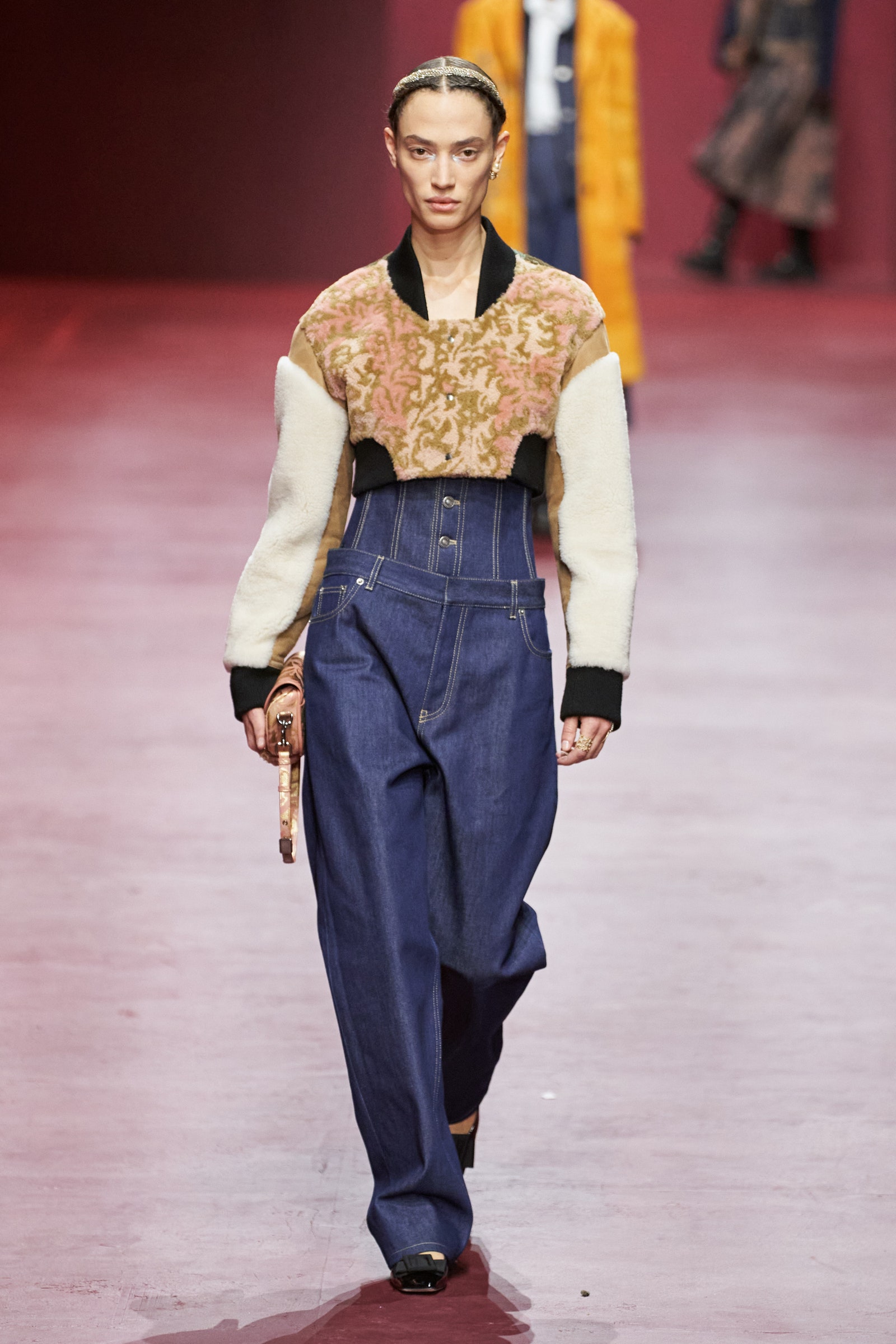 As anyone who’s been in a corset can attest, the immersive experience is real. “Obviously a shoe can shape your foot,” as Wiederhoeft notes, “but it mostly changes the position of your foot, whereas a corset can really change your body—it changes your posture, how you breathe, how you walk.”

And while that might not be the most comfortable situation, the frock-and-frill messiah Batsheva Hay of Batsheva, who has been using corsets throughout her racy-​Little House on the Prairie collections, says maybe a bit of discomfort isn’t such a bad thing. We’ve been used to it forever with punishing shoes, so why not with a corset? Only this time the option is open to everyone, on our own terms.

“It’s such a gendered move to chisel the waist, because the waist-hip ratio is the epitome of classical femininity,” Hay tells me over drinks in the East Village, “and a corset creates an artificial femininity—so whoever wants to feel feminine can just put it on.” And what’s more liberating than that?

To assist in defraying the expense of lost, damaged or stolen packages, we now provide shipping protection. With our quick and simple claim process, put your worries to rest.

Enjoy our complimentary free DHL express shipping 3-5 business days on all orders above $200.

When you choose financing at checkout, you'll get the option to shop now and pay later for your purchase. It's shopping the way it should be. Effortless, safe and fun.